The Awakening of Edward Salim Michael 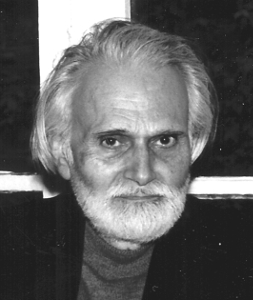 One day, after having gone through the most terrible suffering and despair, as the author was meditating, and as he kept plunging ever more deeply into himself, stubbornly holding onto the subject of his meditation with growing but quiet determination while at the same time constantly increasing the intensity and strength of his concentration without at any moment letting it falter or fluctuate — then, abruptly, as the sensation of his body became ever finer and more rarefied, this sacred Nada inside his ears started to vibrate in a most unusual way, thundering in his head with an incredible power and shrillness he had not known before.

Suddenly, with a formidable force and astonishing rapidity, he was sucked up to the top of his skull. At the same time, he felt that his forehead had ripped open from inside, and the vision of his two eyes had inwardly merged into the centre of his forehead.

Simultaneously, he had the strong and strange feeling of having died and gone back to his Source of Origin. He was also seized with the inexpressible sensation that he was immersed in and united with the Great Whole, and that he had discovered and understood the mysterious secret behind life, the stars and the Universe. He was equally pervaded with an extraordinary sense of immense ‘cosmic aloneness’. An eternal vast silence reigned

Afterwards, and for many days, his body seemed so incredibly light and free, as if transmuted into ether. Something of this sensation has remained with him ever since. He also experienced a strange and indefinable state of well-being, bathed in an ineffable inner stillness, contentment and indescribable feeling of love hitherto unknown to him, a profound melting tenderness in the solar plexus

Later, as he tried to formulate into words the strange secret he had discovered concerning life, the stars and the Universe, he found himself utterly unable to do so. Although the reality of this mysterious comprehension has always stayed with him from that day onwards.

Moreover, through this unusual spiritual experience, he had, without having fully understood it at first, received a foretaste and subtle knowledge of the after-death state, a subtle knowledge and higher understanding which have kept silently growing in him, becoming ever clearer, deeper and more affirmative each time he sat and meditated again.

From that momentous day onwards, his existence took on an entirely different meaning for him. His thoughts and feelings flowed in a new direction and his aims in life changed drastically. He looked upon everything from another perspective and in a totally new light.

This extra-ordinary state can only be experienced from deep within, and is perceived as a vast and transparent Self without form, spreading out in all directions beyond the physical frame into infinity, a mysterious and formless ‘Spectator’ plunged in silent self-contemplation. Like a limitless ocean of consciousness without beginning or end, this invisible Self, although formless, has a reality about it which is immeasurably greater than one’s tangible earthly body. Indeed, compared to this unusual state of being, the physical form loses all reality.

In this sacred state, the contemplator, the contemplated, and the contemplation are all three united in one. It is a very mysterious and inexplicable act where paradoxically there is contemplation of the Self at the same time as being the Self which is contemplated. While merged in it, one has the strange feeling of going back into eternity to one’s Supreme Source. One is pervaded with a sensation of indescribable purity as well as a blissful feeling of vast ‘cosmic aloneness’ and profound inner peace surpassing anything one can know of in one’s habitual outer existence. 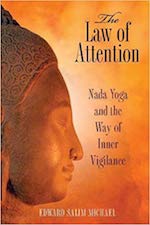 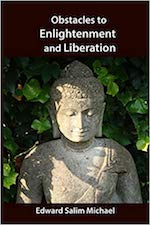 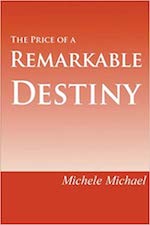